How Much Bandwidth Does VoIP use?

VoIP calls use codecs. Codec is short for Compression/Decompression. Calls are compressed to use lower bandwidth whilst being transported, then decompressed once received.

G711 is sometimes known as the High-Definition codec. An HD VoIP calls will typically use 90-100 kb/second worth of bandwidth. G711 codec is wide open. There really is no compression to decompress. So, G711 can be looked at as the High Bandwidth codec. At 100kb/sec, this would mean it would take 10 simultaneous calls to use 1 Mbp of bandwidth.

Most internal networks these days run at 100M, 1000M/Gigabite, or higher. The slowest Internet package Comcast sells to businesses is 35M/5M. It would take 50 simultaneous calls to reach the upload speed of 5M.

This hasn’t stopped the Internet Service Providers (ISP) from trying to scare customers into buying more bandwidth and services from them. Recently, a customer called in and asked if they were using VoIP on their phone system. It seems their Internet provider had asked the receptionist this question. She didn’t have an answer.

As it turned out, the customer is using older digital phones (not VoIP) on their phone system BUT is using VoIP SIP trunks for their dial tone. This customer has 20 phones and is using .5 Mbp of bandwidth on average for their calls. STILL, the (ISP) suggested they would need to pay more to increase their bandwidth or switch to the ISPs VoIP phone service which would cost hundreds of dollars more!

If bandwidth IS an issue for you, the G729 codec may be for you. G729 compresses the calls down to around 30 kps. This sounds like a very good cell phone call. 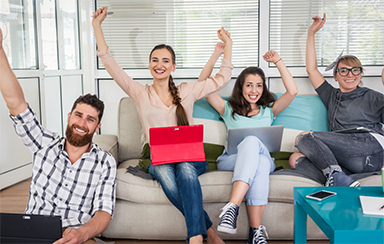 As companies search for alternatives to business travel, one thing remains… 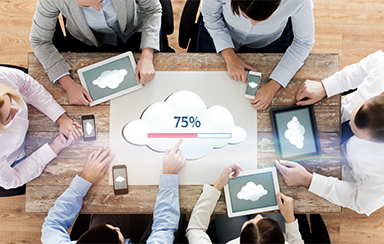 Managing remote teams is a much sought-after leadership skill as more and more people in Maryland work from home. Although managing…