Cloud-based, private phone systems have been cost-prohibitive for most SME-Mid Market companies until NOW! Thanks to providers like Amazon Web Services (AWS), costs are dropping and adoption is spreading.

Historically, most companies had two basic choices in phone systems:

There are advantages to being in a cloud environment. Data centers have redundant power and Internet connections. They are monitored for efficiency and are physically secured with fences, guards, cameras, and gates. If your phone system is in a data center, it keeps working even the power or Internet goes out locally in your office. The cost to own and operate (or even rent space in) a data center has been highly prohibitive. AWS has changed that.

We’ve recently had two instances where the AWS Private Cloud option has worked well. One of these was the US! Since March 16th of this year, we’ve all been working remotely due to the pandemic. Being a technology company, we transitioned pretty smoothly. Through the use of VPNs, IP Phones, Softphones, and Remote Desktops we were able to operate as if we were all still in the office. It was great, except when it wasn’t. In the industrial park, we are located in, we have few choices for Internet Providers. Comcast is basically the only option. We’ve used Comcast for years for Internet connectivity. We’ve also used SIP Trunking over that connection (GetSomeSIP to be exact). The Internet connection for the most part has been stable. Just in case, we have backup Verizon analog POTS lines when it drops, so we can still make and receive phone calls. However, this doesn’t work unless you are in the office! It’s not good to be a Telephone Company with telephones that don’t work.

To fix this, our technicians spun up a virtual version of our phone system on AWS and pointed our SIP trunks there instead of the office. All of our phones, whether in the office or remote, are connected to the phone system at AWS through our individual Internet connections. The likelihood the Internet goes down for everyone in the company is very low. This way, there is always someone available to answer the phone. This has made a tremendous difference. The AWS cost? $30-35 per month for a company of ten users. That’s a very small price to pay for the power and redundancy AWS offers.

The second instance involved a customer of ours with four locations spanning MD, VA, and DE. They made the decision to close one of their offices since most employees were working remotely (sound familiar?). The office they were closing down happened to also be where they physically housed their phone system. They called us on Monday to say they were vacating on Friday and needed their phone system moved to the cloud. So, off to AWS they went. Wednesday evening after hours, our technicians spun up a virtual instance of their phone system on AWS. They then transferred the configuration from their premise-based phone system to the virtual instance on AWS. By midnight Wednesday, all users were up and running on AWS. Thursday morning when people arrived at work or turned on their remote phones, it was business as usual.

The AWS makes the Private Cloud option a VERY viable option for SME-Mid Market customers.
If you’d like to learn more and see if this will work for you, give us a call! 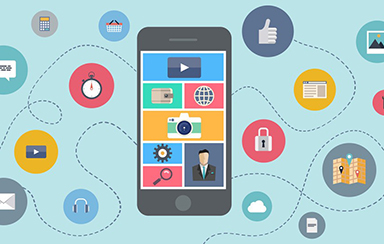 Should You Use a Mobile App?

Here are the top 5 reasons why you need a mobile app:

1. Your Business Extension Is In Your…

For a lot of people, when you use the term “Contact Center” or “Call Center”, the…